This Innovation Lab at the heart of the Chilian Government. It was first announced by President Michelle Bachelet in 2014, the Lab was created from this initial call to action, and has grown in size and shape since the. It is now a multidisciplinary team of designers, artists, policy makers, communications experts, educators and much more. It is mandated by the government to develop, facilitate and promote user-centred innovation processes within Chile. Inside the government and beyond. The initial objectives were:

The team have an open plan office and workshop space at the top of a government building in the middle of the city. There are post-its, creative energy and it is filled with well designed artefacts.

Mariana and Elisa described the team as having a human-centred vision, aiming to link the state with it´s citizens and bring creative and innovative thinking to how they tackle social issues within Chile.

They work collaboratively across different sectors, and inside the government. Trying to break down the silos that exist between government departments.

The issues we face are not issues of education only, or health only, or public transport only. They are complex and the solutions will be found across the departmental silos

The Lab has two main strands of work.

Their programmes work across and between both these areas.

One of the projects they are most well known for in Chile is the re-design of the elecrity bill. A recent collaboration between the Lab, the Ministry of Energy, and the Chilean consumer protection agency. The project was to redesign the domestic electricity bill to better enable citizens to understand their energy usage and reduce costs. The bill was co-created with a diverse group of citizens, and is now received by every household in Chile. 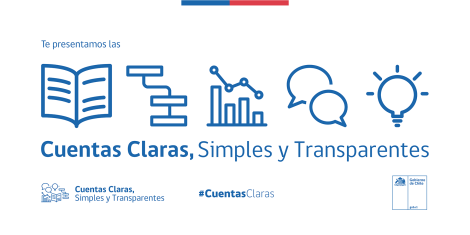 We talked a lot about AULAB. AULAB is a programme that connects higher education institutions, and the students, with social issues that the state are struggling to tackle.

They operate an open-innovation model, first creating a design brief that frames a social challenge in a way that will inspire and inform new ideas.

These briefs are written in collaboration with Ministerial Departments within the Government. For example, with the Interior Minister they created a brief related to the support systems to minimise the social and physical damage called by natural disasters in Chile.

They then invite collectives of students and teachers all over Chile to propose new ideas. They aim to reduce the capital city heavy emphasis of Chile by basing the work with towns or communities away from Santiago.

They then select 60 ideas from multi-disciplinary teams.

They get together for a weekend boot-camp which involves experts and government officials. They go through an ideas development process.

After this time 15 ideas are selected for further investment. They base themselves in the Lab for one month and work in collaboration with the team there and in the field. They build and test their prototypes in this time.

3 finalists are then selected by an expert jury made up of Private instituitons, NGO´s, and Ministers from the relevant departments. 40 million Chilian pessos are given to these teams and they get 6 months of mentoring and support from the organisation.

You can see their current challenge finalists here:

The AULAB platform was conceived together with students from various institutions of higher education, in an effort to connect the potential within academia with the state. This is a new way of linking students and educators with the challenges of the country, opening a door for them to be the ones who create the public services of the future.

We need to demonstrate beyond doubt that our work is vital and urgent. The LabGob was established by the current President, and we have a presidential election at the end of this year. We need to ensure continuity of LabGob, no matter what the outcome.

In the longer term, LabGob should be widely recognised as a frontline agency that can help public institutions test new approaches and services.