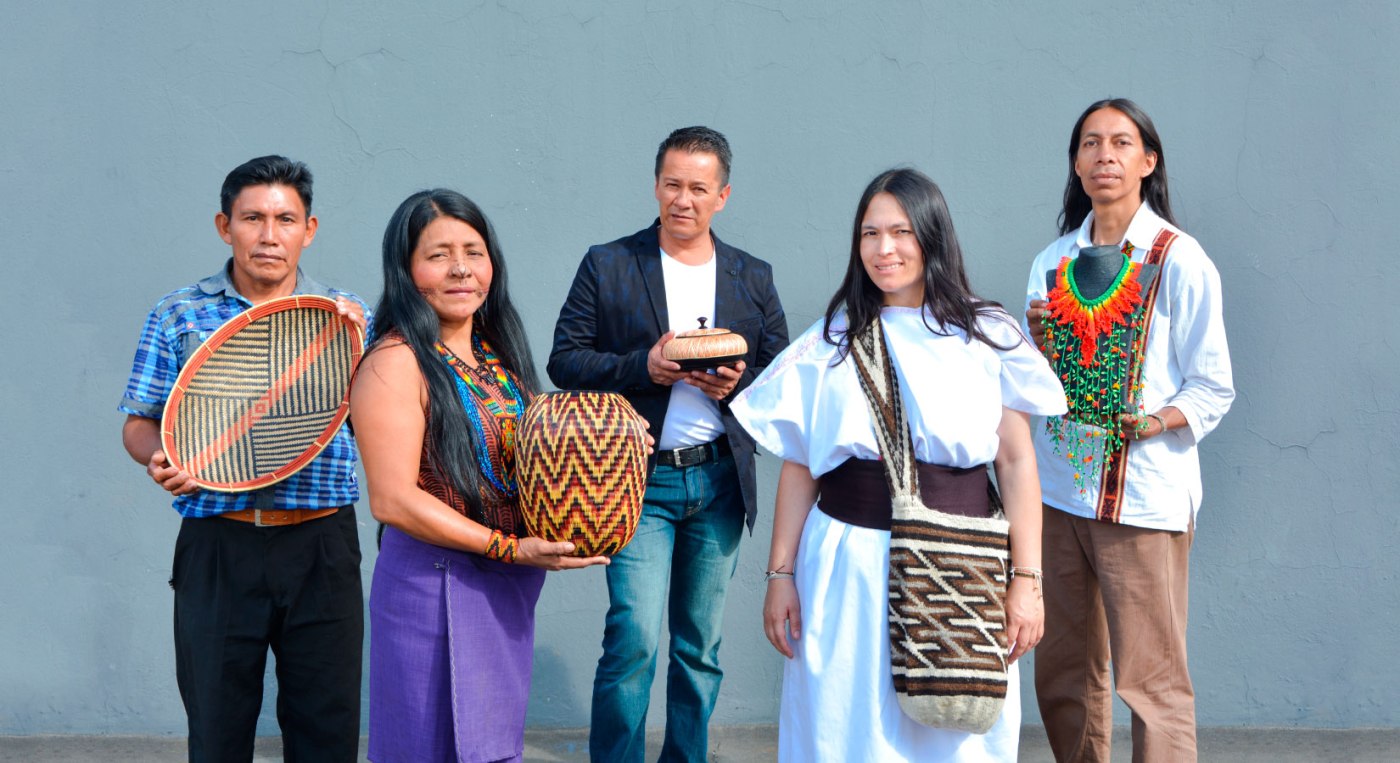 I met Juan for a delicious lunch in Chapinero, near the office of Artesanías de Colombia. He is a passionate advocator for the development of artisan practice across Colombia, he has a PHD in environmental and rural studies at Pontificia Universidad Javeriana, and has written a thesis on artisan cooperatives in Colombia.

He now works with Artesanías de Colombia and talks passionately about the traditional crafts skills found in different regions of Colombia. For example:
_ the traditional bags or mochilas that are made by a variety of indigenous groups throughout the country.
_ The brightly coloured bowls and vases of Guacamayas. Made of woven fibres called fique, generally form a spiral shape originating outwards from the centre of the bowl.
_ The Sombrero Vueltiao, traditional Colombian hats originating from the Zenú indigenous people from the region of the Sinu river delta.
_ Werregue Baskets made from the fibres of the Werregue Palm, and dyed using pigments from local fruits and seed, traditionally made by the Wounana and Embera indigenous peoples of the San Juan River delta in Colombia’s Pacific coast departments of Choco and Valle del Cauca.
_ Molas made by the Kuna people. The Kuna are an indigenous group living in settlements in Panama, a few small villages in Colombia and on the islands lying in the Caribbean sea. They are colourful patterned pieces of fabric made using a reserve appliqué sewing technique – various coloured pieces of cloth are sewn together and then parts are cut off to form a pattern. Traditionally they form the front and back panel of a Kuna woman’s dress.

And this film shows the technique of Filigree jewelry making in Mompox.

Artesanías de Colombia is a national organisation working to support the traditional crafts in Colombia by promoting it’s work, providing local infrastructure and stimulating the market. In 2013 an the agreement was signed between Artesanías de Colombia and the Government and together they formed the Design and Innovation Laboratory which aims to decentralise the support offered to the industry. They have set up local regional teams which understand the differences in the regions and communities. They help local communities establish collective organisations. They map who is doing what and where so there is shared information on the production of artisan crafts across the country.

We stimulate the capacity of people to work

Design and Innovation laboratories for craft

The Laboratories are spaces set up in different communities across Colombia. They believe that the traditional craft industry operates within unique local socio-cultural and socioeconomic systems. Knowledge is specific to local identities, influenced by the tangible and intangible heritage of people.

The laboratories aim to strengthen local and regional capacity to make and sell traditional crafts. They help develop site-specific innovative solutions to any of the problems that might be inhibiting successful design, production, and marketing.

They are linked to local authorities and a network of other relevant private and public organisations. The idea is to decentralise the support given to artisans collectives, and do more to promote the industry in all parts of Colombia.

“They are autonomous, not dependant on the state”

Juan talked about the yearly fairs that are organised in Bogota to bring artisans from all over the country and sell to an international audience. Last year they sold around $50,000 of products. As an industrial designer he is specifically interested in the design process of the artisans. He talked about the indigenous design process where there are no drawings and no maquette, from traditional through to contemporary, where a modern design approach is applied to traditional processes.

“Indigenous designers, they use their feelings, their spirit guides them, its a process of going from the imagination in your head, to the production of your hands”