Jody is an Industrial Designer working in the Public and Social Innovation team inside the central government. He is the only designer in the team, and works with a philosopher and behavioural scientist, and a political scientist and social researcher. The team was established with strong principles from the government:

Jody describes their work as having 3 main strands.

Developing the principles // Defining the nebulous concepts of social innovation in language that makes sense to the government, and to the Colombian people.

Building an innovation culture // Through workshops, events and promotional activities, giving people inside the government access to the tools they need to apply these creative and innovative practices into their work

Real projects // Doing real work and gathering evidence to understand what does and doesn’t work for people. Their current priorities for these projects are:
Air quality: Looking specifically at reducing the high diesel emissions from the public buses
Corruption: Looking specifically at the free lunch system within schools
Knowledge Management: Looking at how tacit knowledge can be better shared across the government as a whole.

When I asked about his experiences as a designer inside a complex system like government, he replied

Some of the challenges are that the national level government is very far from the reality of people’s lives in Colombia, “they work with the representatives of the representatives of the people”. The system is also very fearful of experimentation, “they trust standardisation, it feels safer”.  Jody works with people to help them understand the role of experimentation in learning and developing better ideas. It is also hard for the government to think in a systematic way, “they think in silos, health, transport, education etc… it is hard for them to think in a cross-sectorial way”. Also anticipation is very hard, their work is reactive and there is not much happening in a future looking way, “the future doesn’t exist”.

We are an anomaly, a trojan horse inside the system 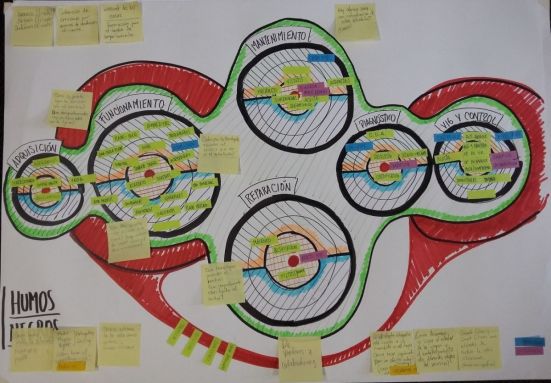 The team is small so completely replies on good collaboration with people across the system. They also receive the support of International Organisations like NESTA and the Newton Fund.

Jody referenced the work in Nariño as an example of a municipal government living the principles of citizen involvement and creative problem solving, “whatever you think of their methods, they are really actually doing something, they have strong principles and they have support and resources to make things happen”. The governor in that region is called Camillo Romero “he has a beautiful heart a lot of passion”.

Other links Jody referred to: